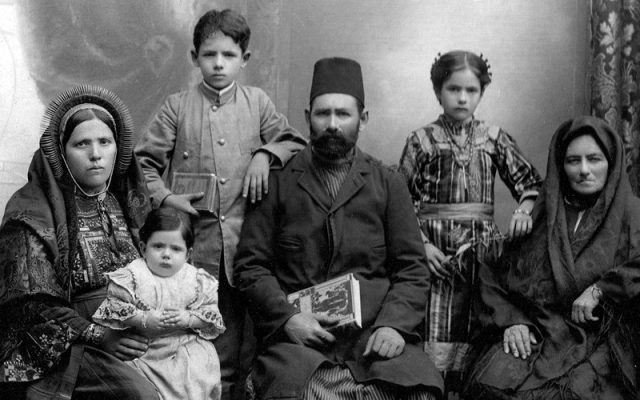 Christianity was born in Palestine two thousand years ago. From there it spread throughout the Middle East and to the rest of the world. Yet many are unaware Christians still live in the land.

For more than 60 years the Palestinians, Christians and Muslims, have suffered displacement, expulsion, wars, occupation and oppression.

The voices of Palestinian Christians have all too often been drowned out in the turmoil of events.

This is their story, in their voices, from the Nakba of 1948 until today.

Yasmine Perni moved from her native Italy to the Middle East when she was 13 years old living in Sudan, Egypt, Saudi Arabia, Syria, Jordan, and Jerusalem. A graduate of the University of London’s School of Oriental and African Studies, she has worked as a journalist, photographer, television producer, and mother. She speaks Italian, English, Swedish, and Arabic.

Perni went into documentary filmmaking inspired by the Christians of Palestine, whose story of perseverance and pride has been largely obscured by the headlines. It was her first experience at producing and writing a documentary, and she conducted extensive research, combed through official Palestinian, Israel and United Nations film archives, and traveled the length and breadth of historic Palestine.

Married and with three children, in 2012 she returned to live in Italy and completed The Stones Cry Out the following year. She received requests to translate the film into several languages; the Arabic version premiered in Jerusalem in 2016.

She continues to travel to present the film and says, “I have discovered that showing the film in the Middle East is just as important as showing it to the West, as the story of the Palestinian Christians has been overlooked and ignored for so long. Maybe it was never really acknowledged.”

After almost 40 years of traveling around the world, I am enjoying getting to know my native Italy a little better, spending more time with my ageing parents, and have also taken a more active role in our family farm just outside Rome, near the scenic town of Viterbo, where I have worked on incrementing our olive oil production.

Yasmine will join us via Skype