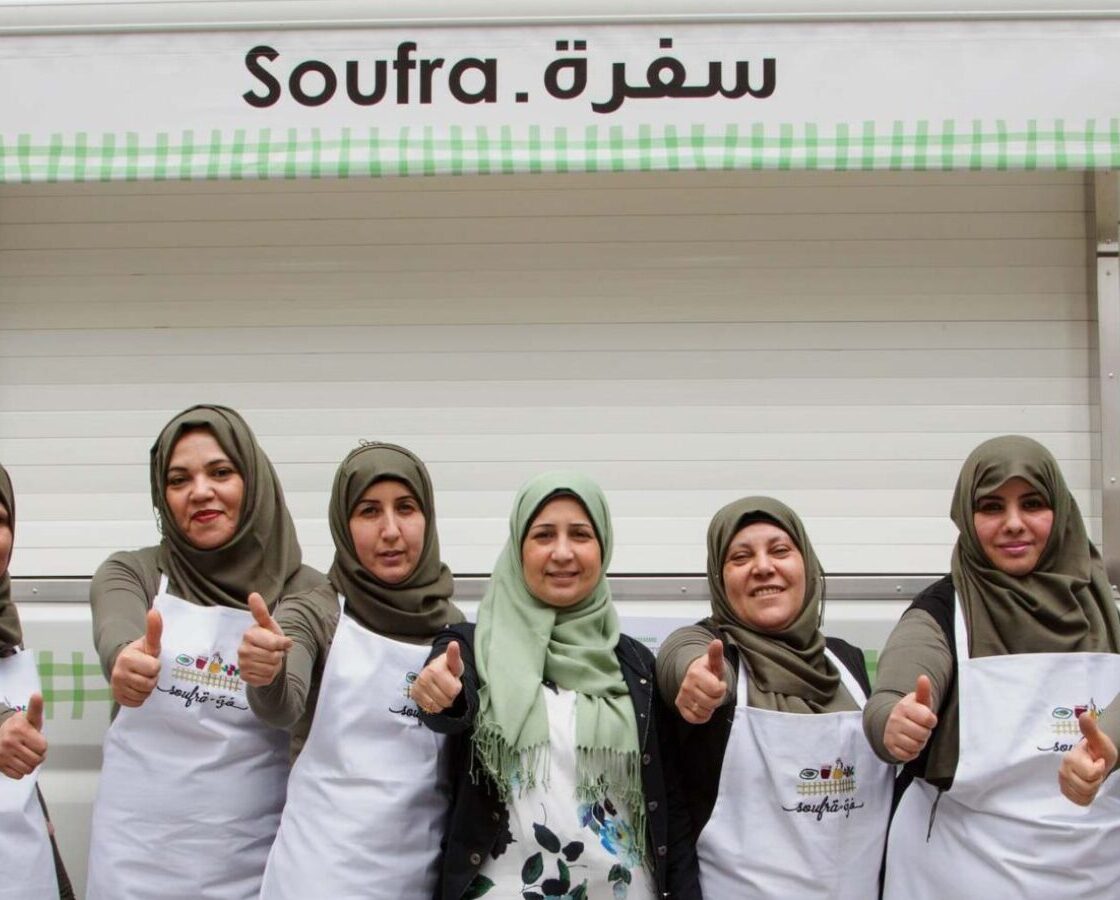 This film has quite a different flavor than the others of the Film Festival.  From the Director’s statement, “Delicious food, an inspiring entrepreneur, a true underdog pursuing a seemingly impossible goal, and learning to drive for the first time at age 42? These, I believe, are the ingredients of a great story.”

South of Beirut, Lebanon is a 68 year old refugee camp housing refugees from Palestine, Syria and Iraq. Many have lived in this camp their entire lives – Mariam Shaar is one of them. Now, Mariam has pulled the women of this camp together to do what has never been done before. They started with a small kitchen from a micro-loan. With nearly insurmountable political odds against them– they look to start the first refugee food truck.

Their journey is one of many ups and downs but it is the community that is built – their sense of hope and how they see themselves – that makes this a moving and touching film about their journey. Mariam has been known as ‘the crazy lady’ and now she will show just how crazy she is. In the refugee camp that Mariam calls home, she found inspiration. This is her story.

Mariam’s recipes are illustrated in the book, Soufra: Recipes from a Refugee Food Truck by Gretchen Thomas et al.

Thomas is a film Director whose films have been leveraged to create lasting movements with a specific call to action. His latest film, Soufra, was a New York Times and LA Times critics pick, won several film-festival awards around the world and was screened at the Vatican.

Even failed projects can lead to good things. Director Thomas Morgan was working on a story in Libya – and it fell apart due to politics. However the philanthropy organization he was in touch with on the story, Alfanar, told him about Mariam Shaar, whose family were refugees in Lebanon since 1948. It’s Mariam’s story we see in Soufra, which is Arabic for “a bountiful table with a variety of food.”

Thomas will join us via Skype.