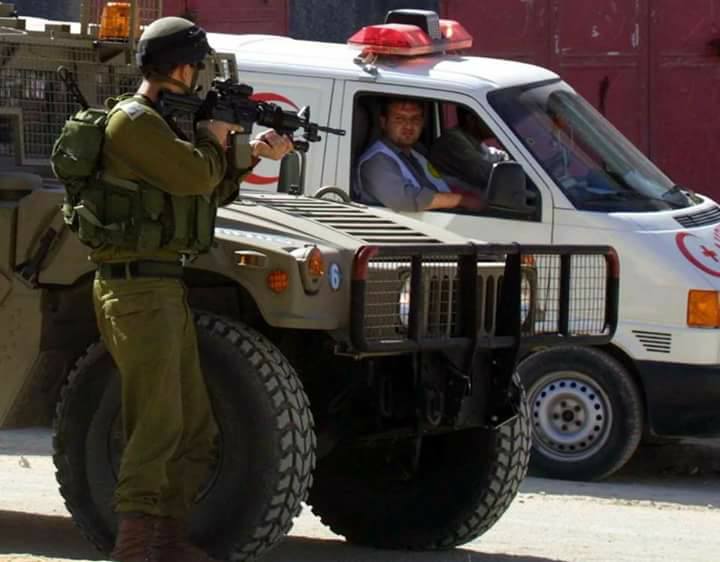 Language: Arabic, English, and Hebrew. Warning: Viewers may find some scenes distressing, mainly because of the image of a baby charred in a fire.

Firefighters risk their lives for people they don’t even know. It’s in their DNA no matter where they serve.  “Firefighters Under Occupation” chronicles the life experiences of Palestinian firefighters in their daily difficulties as they face two enemies – fires and the occupation. These men work under intimidation and even gunfire by Israeli soldiers, as they fight fires and come to the aid of the people they serve.

This film documents humanitarian support given to Palestinian firefighters by The Fire Brigade Union of the UK as well as the facilitation of training in Scotland. The film covers a period of upsurge of violence in the country through interviews and meetings with Palestinian firefighters and their families, and offers their perspectives on occupation, struggle, fear and hope, celebrating their bravery and dedication.

Ciaran is a Welsh firefighter and filmmaker who traveled to Palestine and Israel in 2015 to document this story and the violence the firefighters met, visiting Nablus, Ramalah, Jerusalem, and Hebron.

Ciaran is from the small Welsh ex-mining village of Abergwynfi in South Wales. He joined the British army in 1995 after leaving school and volunteered for the elite 9 Parachute Squadron RE. During his time in the army, he served in Belize, Bosnia, and Northern Ireland.

After leaving the army in 2000, Ciaran joined the fire service and became an active member of the Fire Brigades Union fighting against cuts to the local fire services.

Around 2008, Ciaran combined his two main passions, boxing and videography, when he started working for television production companies interviewing world class professional boxers. The interviews have been broadcast all over the world on various television channels and other media platforms.

In 2014 Ciaran wanted to make a non-boxing documentary and having been interested in the Palestine/Israeli conflict since studying it in school made contact with the Fire Brigades Union Palestine coordinator Jim Malone. After a number of meetings, Ciaran and Jim traveled to the West Bank in 2015 to shoot Firefighters Under Occupation in Nablus, Ramalah, Jerusalem, and Hebron.

Ciaran will join us in the theatre.

Jim, a lifelong resident of Dundee, is a trade union and Labor activist. In the film, Jim drives the donated fire truck from Dundee, Scotland to the West Bank.

He served 30 years as a firefighter and held the position of Fire Brigades Union Scottish Organizer and Palestinian Support Coordinator.

Jim will join us in the theatre.