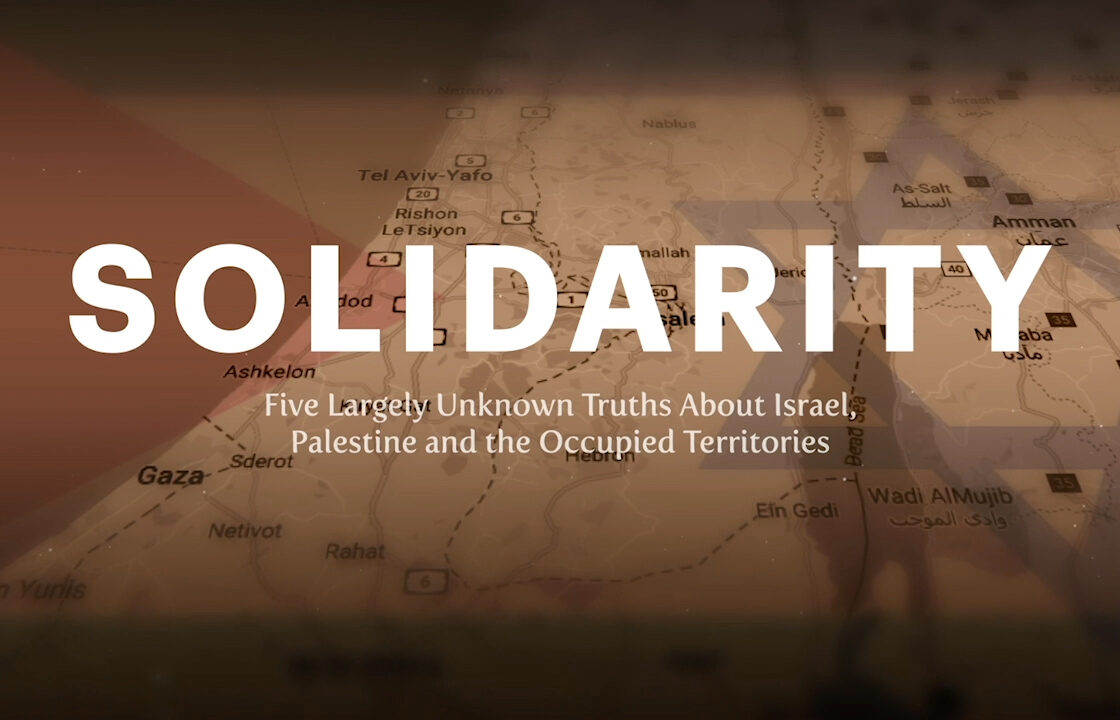 2020 Documentary ~ 1 hr 10 mins ~ English; some Arabic and Hebrew with subtitles

Drawing on both historical and current struggles for Palestinians under siege, occupation and forced displacement, including the Great March of Return in Gaza, the film provides a stirring indictment of Israel’s settler project as well as that of the cable networks’ deliberate spin to shield Israel from accountability.

As the film’s title indicates, Peck divides the film into five major themes: the expulsion of Palestinians during the Nakba, when 800,000 Palestinians were forced from their homeland in 1947-1948; Israel’s disproportionate violence against Palestinians; Israel’s continued expansion of illegal settlement colonies; the US’ financial support of Israel; and what’s behind the smear campaigns to label criticism of Israel’s policies as anti-Semitism.

Using exclusive interviews as well as footage from independent media sources, Peck incorporates first-person accounts from Palestinians whose families were displaced in the Nakba, as well as sharp analysis of Israel’s expanding policies of expulsion, control, resource theft and apartheid by young Palestinian American activists, Israeli conscientious objectors and members of Jewish Voice for Peace and other human rights organizations.

Excerpted from Nora Barrows-Friedman’s synopsis in The Electronic Intifada

Bob Peck is a filmmaker, writer, lawnmower, and tech professional in Austin, Texas. He has made ‘conscious media’ documentaries since obtaining bachelor’s degrees in film and religion from the University of Texas in 2011. From yoga to prison reform to the Muslim-American experience, his latest film Solidarity covers the Israeli-Palestinian conflict. His day job is agency marketing at Facebook Inc.