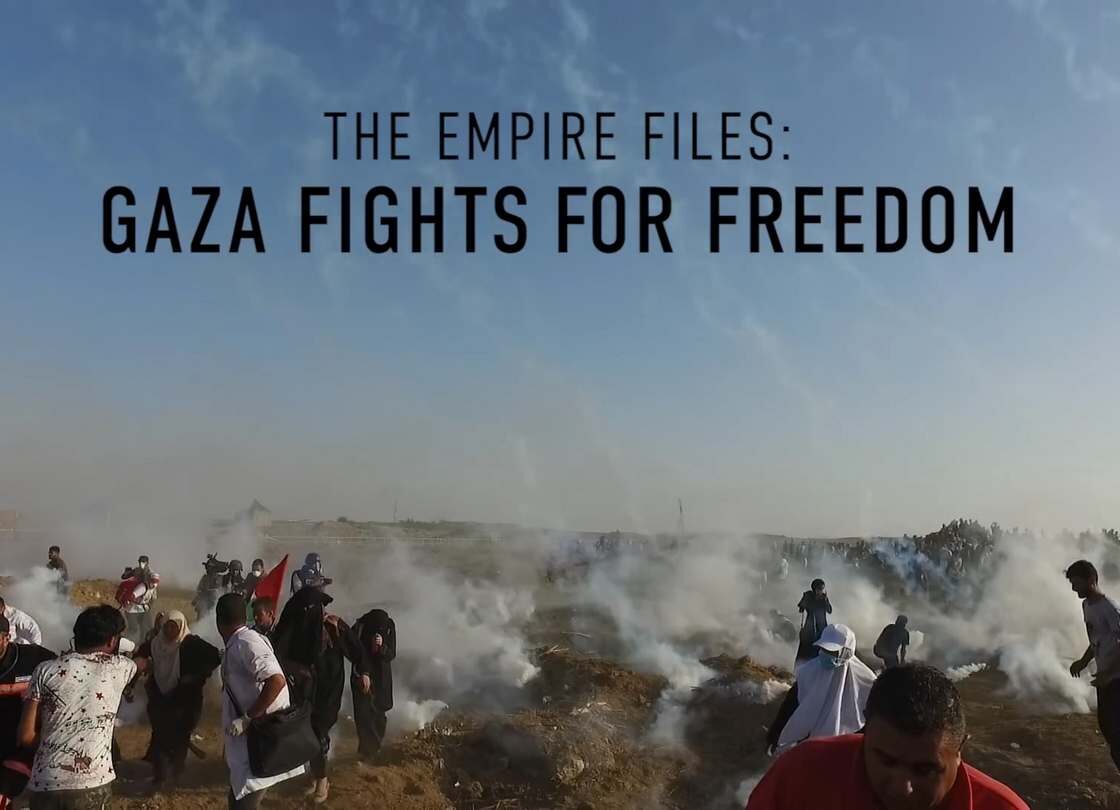 The creation of Gaza Fights for Freedom was Abby Martin’s debut documentary. In order to document fully the realities of the occupation, Martin joined forces with journalists in Gaza, and that collaboration resulted in this story of the Great March of Return, a nonviolent demonstration that protested Israel’s illegal and inhumane treatment of Palestinian refugees.

This film also reviews much of the history of the country’s ongoing suffering by offering rare footage that has not been utilized by Western media. Heroes abound. They are medics, journalists, and children, and their testimonies are riveting and memorable.

Ms. Martin will join us virtually for a discussion after the presentation.

The previously announced panelist, filmmaker Abby Martin, has cancelled with
us. She informed us that she has a gas leak, which meant she’s had to
temporarily relocate from her house and is therefore unable to talk with us.

The screening will continue as planned followed by a local panel of individuals who have recently traveled to Gaza.