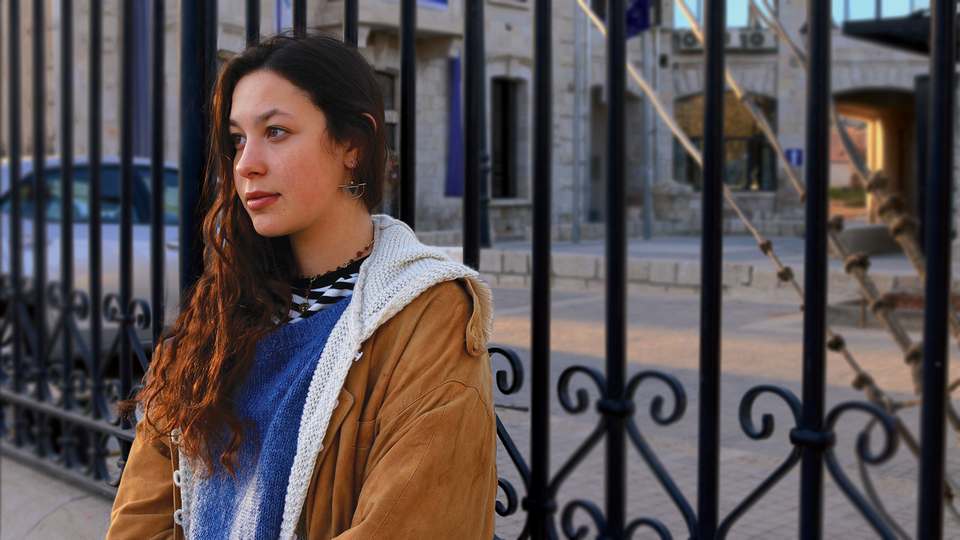 Everyone’s safety is our first concern. St. John Fisher Collage required covid vaccination of the campus community returning this fall. We require proof of vaccination and ID. Masks must be worn during this program.

Atalya Ben-Abba comes from a family of military professionals. She always dreamed of becoming a combat soldier. But as she comes of age during political turmoil, she begins to question the narratives she grew up with and seeks to understand the perspectives of her so-called enemies.

As she learns about the military’s role in the occupied Palestinian territories, Atalya decides to veer off the course legally binding her to military service. Family legacies weigh on her as she grapples with what it would mean to refuse the draft. Ultimately, she becomes a conscientious objector and is imprisoned for her dissent. Her courage moves her family and friends to reconsider their own political positions and power to effect change.

OBJECTOR follows Atalya through her conscientious objection, imprisonment, and beyond, as she attempts to reconcile her Jewish identity, her love for her homeland, and her dedication to Palestinian rights. The film offers a window into the Israeli-Palestinian conflict through the perspective of a young Jewish woman finding her political voice.

Molly Stuart is a director, producer, and editor based in the San Francisco Bay Area. Molly earned an MFA in Cinema at San Francisco State University, where she won the Bill Nichols Excellence in Cinema Award, the Canon Best in Show Award, the Spotlight on Women in Film Award, the Barbara Hammer Award, and the Distinguished MFA Graduate Award.

Her first feature documentary, OBJECTOR, won 7 awards in prestigious international film festivals and is used as a tool for discussion and cultural transformation by organizations dedicated to peace, justice, equality, and youth empowerment.

Enter St. John Fisher College main entrance off East Avenue at the intersection of NY routes 31F and 96. Go to parking lot A per the signs. Enter the Integrated Science and Health Sciences Building #2 on the map. Walk through the corridor of that building straight ahead to end. Turn left past stairway to curve right into the Skalny Science Center #2B on the map. Turn right to door 141A. Enter lecture hall.