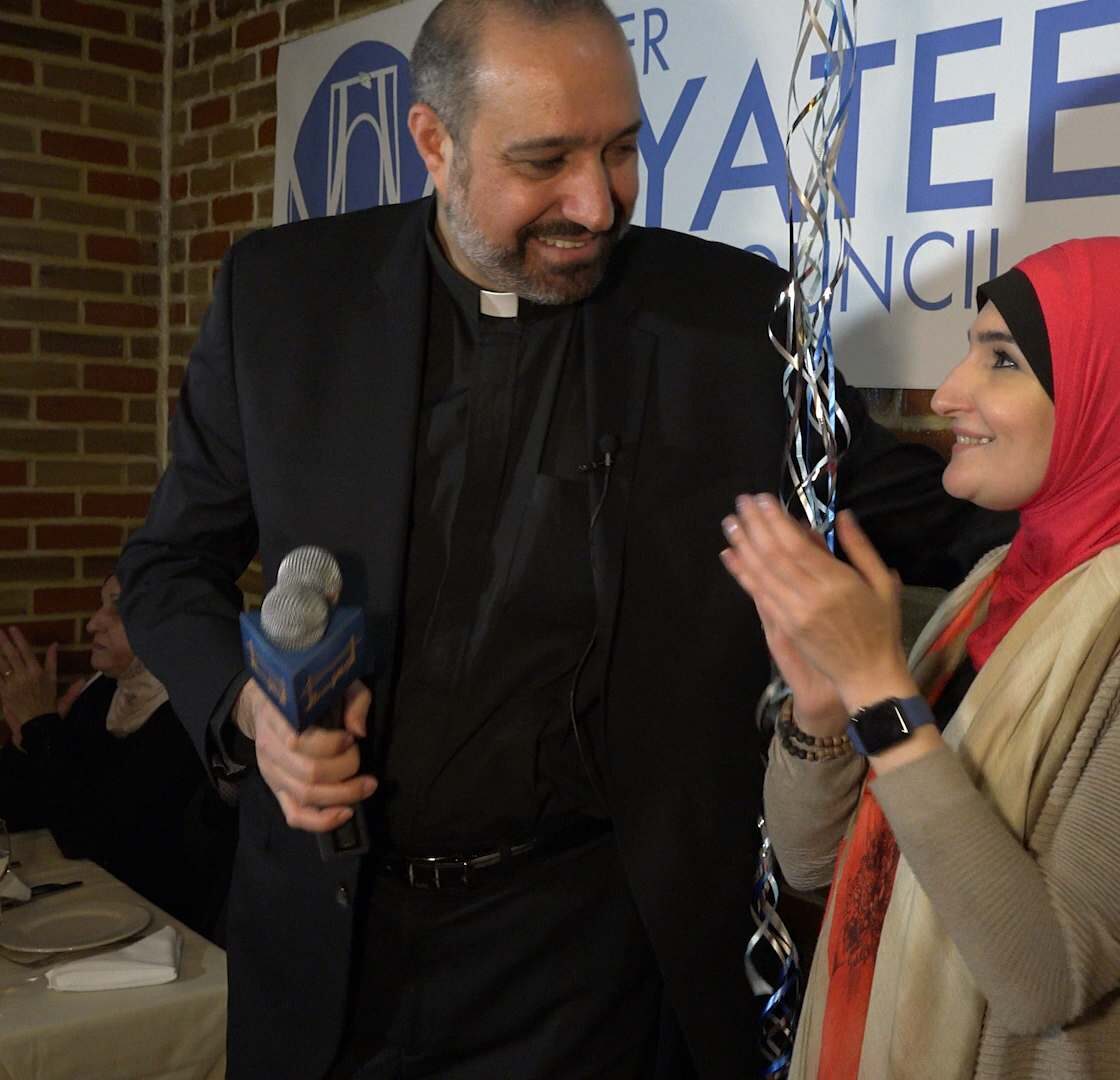 It’s time for the U.S. general election. We believe it appropriate to program an election film, namely, the 2017 democratic primary campaign for New York City Council from Bay Ridge, Brooklyn.

Khader El-Yateem, “Father K”, self identifies as “an Arab American Palestinian born in Bethlehem, a Christian Lutheran Pastor who has lived in the community for 22 years.” While Arabs have lived in New York City for 100+ years, not one has ever aspired to run for office. In the previous elections, only 250 out of 40,000 Arab Americans in Bay Ridge even thought voting was worth the effort.

How Father K got to the campaign is actually more fascinating than his run for office. Born in Bethlehem, Khader was an innocent 19-year old theology student when Israeli police raided his house, roused him from bed, and locked him in prison. Never told why he was arrested, Khader was beaten, tortured, and kept in solitary confinement for 57 days.

His brother-in-law, an international lawyer, was able to get him released. He continued his studies and in 1992 he was ordered by the Lutheran Bishop of Jerusalem to establish a Lutheran church in Brooklyn to minister to Arab immigrants there. The entire unlikely story of Khader and his beliefs for peace and justice is woven through this excellent documentary of his run for NYC Council. Filmmaker Ahmed Mansour graduated from the NYU Journalism Institute. Born in a refugee camp in the Gaza Strip, he has made a series of films focusing on the humanitarian crisis there.

Jillian Karole is an NYC based distribution and outreach producer, specializing in creative distribution strategies for the digital age to independent filmmakers. She has worked with major film festivals around the world including Sundance, Outfest, Tribeca, & Berlin, to bring films that target marginalized stories to their audiences. She is also involved with the New School’s Engage Media Lab that works with youth media groups around the city to instruct students on how to create their own content and in conscious media literacy practices. She also specializes in data based marketing strategies for new media and socially engaged content.

Ahmed Mansour, a New York-based filmmaker, is a NYU Arthur L. Carter Journalism Institute – News and Documentary Program – graduate. Ahmed was born and raised in a refugee camp in Gaza Strip, Palestine. He worked as an organizer, translator and guide for international journalists covering the 2014 war. He made a series of short films highlighting the humanitarian crisis in Gaza Strip after three successive wars. He has also worked as a reporter for the Washington Report on the Middle East Affairs in Washington DC.He runs his own production company specializing in short videos, and is skilled in all aspects of filmmaking. He is a graduate of an extensive course in storytelling form Storywise Center. Ahmed has received residencies and fellowships from Duke University and the Paths to Peace Leadership Program.