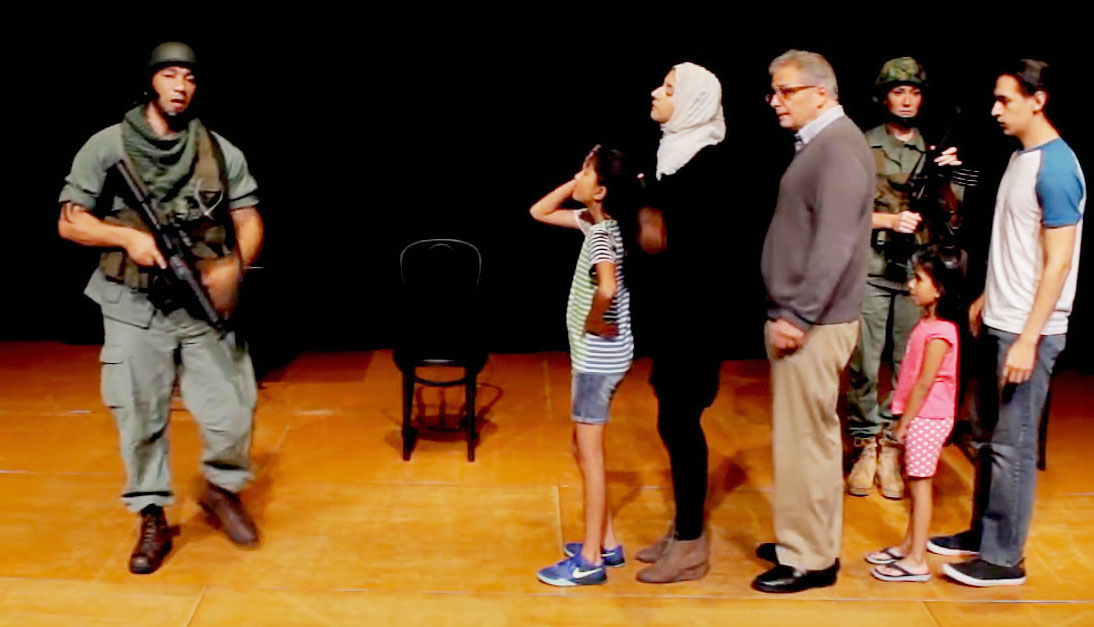 Opening card: “This play goes beyond the headline to show what the Israeli occupation looks like on a daily basis; how it affects Israeli soldiers and enforcers, as well as Palestinians living under it. It is based on testimonies of Israeli soldiers given to Breaking the Silence. All reflections and story narrations are taken verbatim from these testimonies. The enacted scenes are created by the playwright.”

Israel Defense Forces soldiers Sarah, Avram, and  Ilan interact with Palestinians as they cross a checkpoint or move near settlements.

This is a movie of a stage play first produced in the 2015. In response to strong interest from the progressive community in Washington DC and around the country, the play returned in the 2017 Capital Fringe Festival. The 2017 theatrical and video productions are enhanced based on playwright and director Pamela Nice’s visit to Palestine and Israel in the fall of 2016. This movie offers insight from the experiences of Israeli soldiers as they interacted with the Palestinian people policing the streets, the villages, the walls of the Israeli occupation and the violence, disrespect, and abuses they enacted against them.

Pamela is an award-winning independent filmmaker and theater director currently living in Washington, DC. She has been the recipient of 3 Fulbright grants, including one to Morocco to teach theatre of the oppressed techniques at the national theatre institute (ISADAC).

She writes and directs multimedia dance/theatre/film productions, has directed over 50 plays, and has been artistic director of two theaters in Minnesota. She has lived in Morocco and Egypt, and has taught Arab film and literature at the University of St. Thomas in St. Paul, MN.