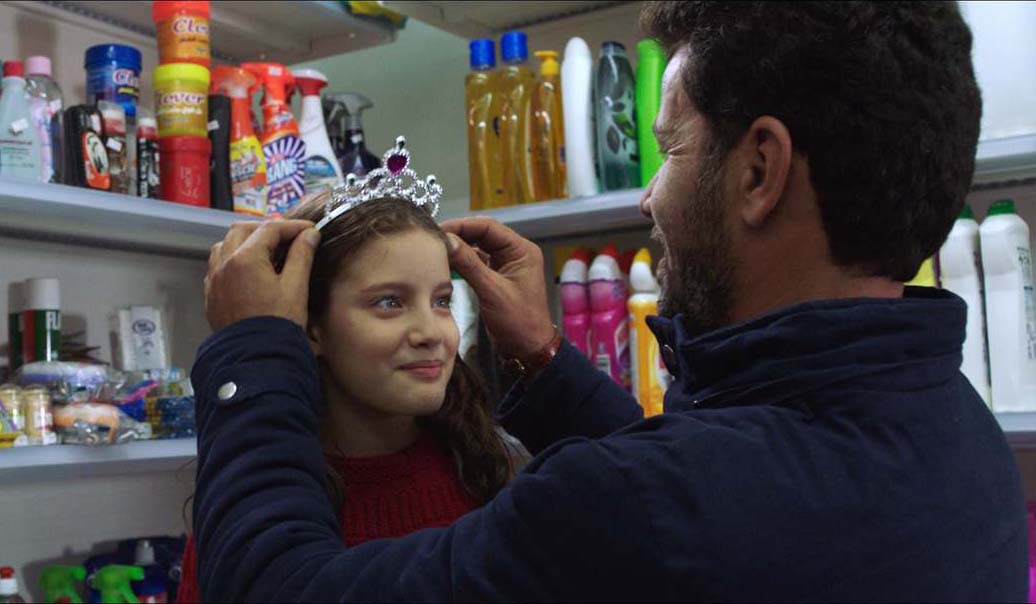 Note: Occupation & De Facto Annexation will be screened in the same session

Each morning, Yusef, a doting father-of-one, has no other choice but to queue for hours and navigate the harrowing Checkpoint 300, an infamous, crowded Israeli crossing point between Bethlehem and Jerusalem, to get to work on time.

But, on his wedding anniversary, Yusef has arranged to pick up a new fridge for his wife, Noor, and even though the store is in Jerusalem, he is determined to endure the dehumanizing process, the armed soldiers’ scrutinizing gaze, and even humiliation, to go shopping with his young daughter, Yasmine. Is this just the beginning of a long, challenging day?

She is the daughter of Palestinians who were fortunate enough to make a home in 1970’s Britain — unlike the millions who continue to remain stateless in refugee camps.

Born, raised and educated in London, Farah began her career as an institutional equity stockbroker. She ended up with a CFA designation at JP Morgan Chase before moving on to build a children-focused business that she ran for 10 years.

In 2015, she started working in the film industry.

She founded a production company through which she writes, produces and directs fiction films, exploring topics that matter to her and she created a digital resource to deconstruct the Israeli military occupation of Palestine in a way never done before.

Her latest short film The Present, which is Oscar award-nominated and BAFTA award-winning, sheds light on how Palestinians are deprived of the basic right to freedom of movement. Starring renowned actor Saleh Bakri, it won the Audience Award for Best Film at Clermont-Ferrand International Short Film Festival 2020 (World premiere), the Jury Award for Best Live Action Short at the Cleveland International Film Festival (North American premiere), and has since gone on to win upwards of 25 Audience and Jury Awards at numerous International film festivals as well as being licensed to Canal+ (France), Pacific Voice (Japan), Telefonica (Spain) and Netflix Worldwide.

In her words: “The arts play a crucial role in changing the world and I believe film precedes them all. It gives voice to the silenced, thereby helping build the empathy and understanding needed to effect change.”

Her films have been officially selected for international film festivals around the world and her novel approach has been endorsed by the likes of Noam Chomsky, Hanan Ashrawi, John Pilger, Ken Loach and others.

Farah is currently working on her first feature-length film.