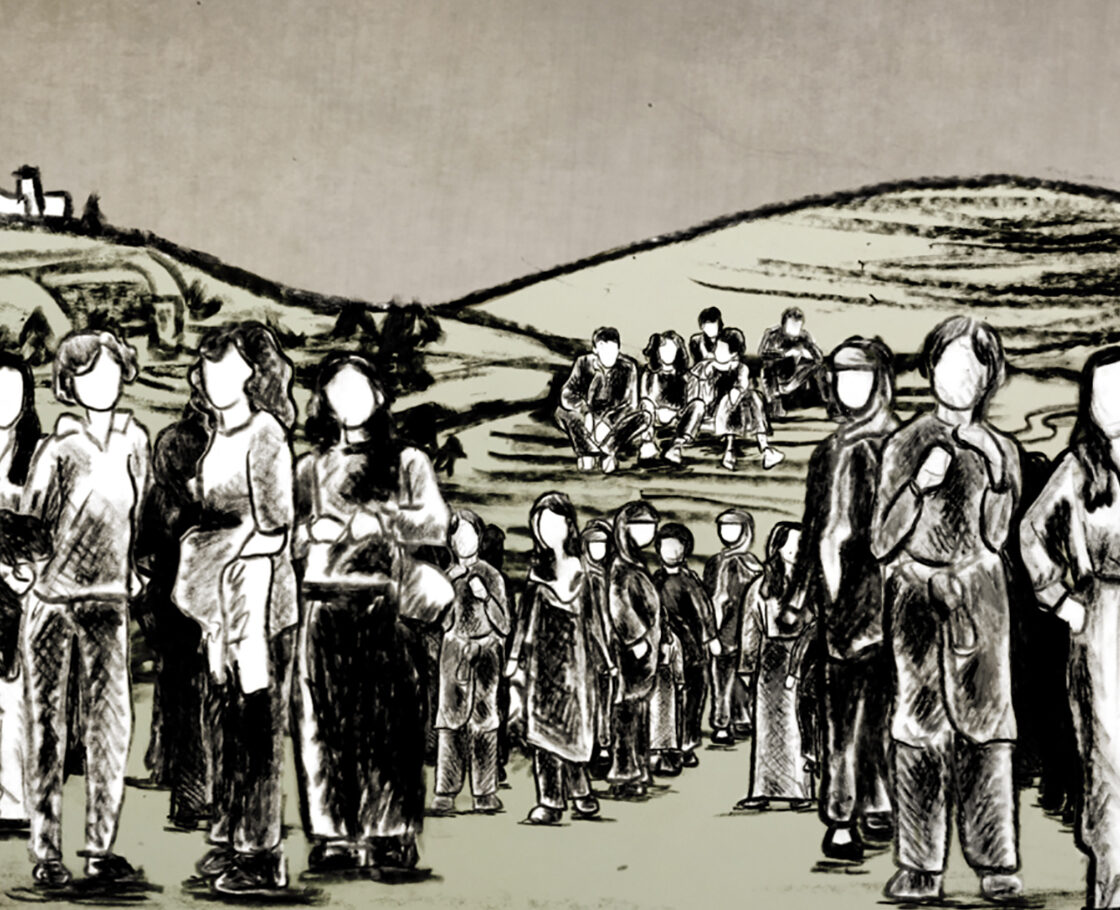 The film revolves around the tragic and remarkable story of Naila Ayesh, an active student organizer in Gaza in the 1980s.

When a nation-wide uprising breaks out in the Occupied Palestinian Territories, Naila must make a choice between love, family, and freedom. Undaunted, she embraces all three, joining a clandestine network of women in a movement that forces the world to recognize the Palestinian right to self-determination for the first time.

Naila and the Uprising chronicles the remarkable journey of Naila Ayesh and a fierce community of women at the frontlines, whose stories weave through the most vibrant, nonviolent mobilization in Palestinian history – the First Intifada in the late 1980s.

While the First Intifada provides the backdrop for Naila and the Uprising, its lessons transcend that particular time and place. Through the experience of countless women engaged at all levels of society, we learn what is possible when women take the lead in struggles for rights and justice — from a movement’s inception to peace talks — and what we lose when they are stripped of their roles. In Naila and the Uprising we see how women-led civil resistance can stir the masses, put pressure on power-holders, and affect real structural change.

This film will be preceded by the four-minute short, I Was Living Here, written and performed by the band, The Mighty High and Dry. Then, after the panel discussion of Naila and the Uprising in the theatre, the band will perform a one-hour set in The Little Theatre Café, starting at 4:30 pm.

Daniel is the Communications Manager for Just Vision, a nonprofit that highlights the power and reach of Palestinians and Israelis working to end the occupation and build a future of freedom, dignity and equality.

An intern with Just Vision in 2005, Daniel moved on to live and work in the occupied Palestinian territories from 2006-2008 and 2012-2013, first to study Arabic and later to conduct fieldwork for his dissertation. His academic research traces the evolution of the normalization and anti-normalization discourse in Palestinian society since 1967. He was a 2013-2014 Peace Scholar at the US Institute of Peace and an award-winning graduate student teacher at McGill University and George Washington University. He has received travel research grants from the Project on Middle East Political Science and was a Kathryn Davis Fellow for Peace at Middlebury College (2010).

Daniel will join us via Skype