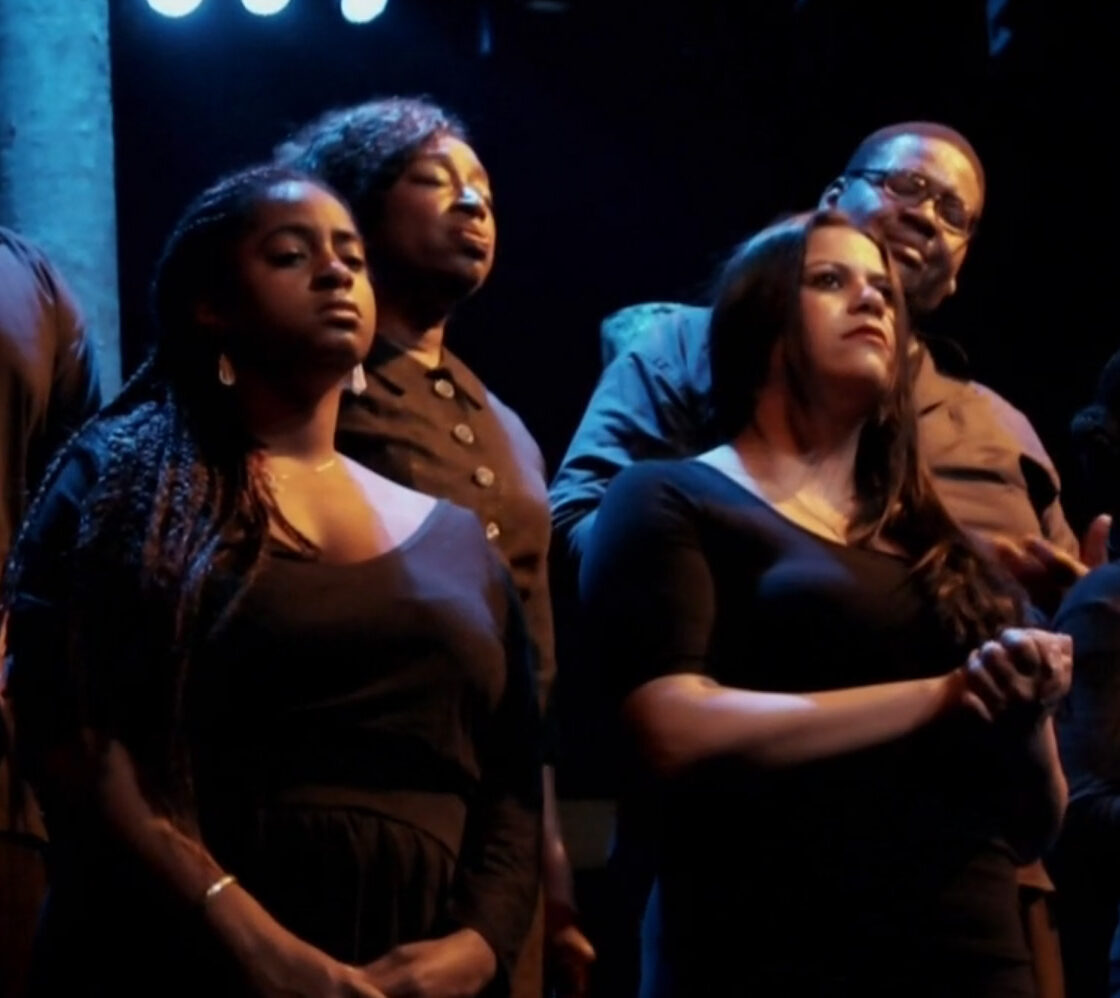 While capturing the growing non-violent movement of young people in Palestine, this film brings a fresh perspective for understanding the realities of Palestinian life under occupation.

Come travel with an African-American gospel choir and with MLK Scholar Clayborne Carson, the author of a play about Dr. Martin Luther King, Jr. In collaboration with members of the Palestinian National Theatre, Carson and the choir adapt and then perform the play for Palestinian audiences in the West Bank.

Choir members, drawn from devoutly Christian churches, are traveling to the Middle East for the first time and witnessing the realities of life under occupation. Hoping to be a voice for change, the author and the singers are themselves profoundly changed by the experience.“

Ricardo Adams is a married black father of three children. Recipient of a lifetime of oppression. A community activist who spent time in Ferguson on three occasions. He made a couple of trips to Cleveland in connection with the Tamir Rice shooting, also in 2014. Works at Center for Youth overnights and volunteers at his kids school during the day. A former participant of the school to prison pipeline. Was also involved and arrested in the Occupy Movement locally. Member of B.L.A.C.K., the local chapter of the Black Lives Matter Movement. Flying Squirrel member and on the board of Prosper Rochester.

Corinne Sutter-Brown has been involved in the struggle for social justice in a variety of contexts for many decades. She is an independent scholar who has, among other things, been working on the history of Israel/Palestine and Zionism. She holds a Master’s Degree in History from the University of Rochester. She graduated from San Francisco State University and attended New College of California School of Law in San Francisco. Corinne has lived in Rochester for 30 some years.

Both panelists will join us at The Little Theatre.