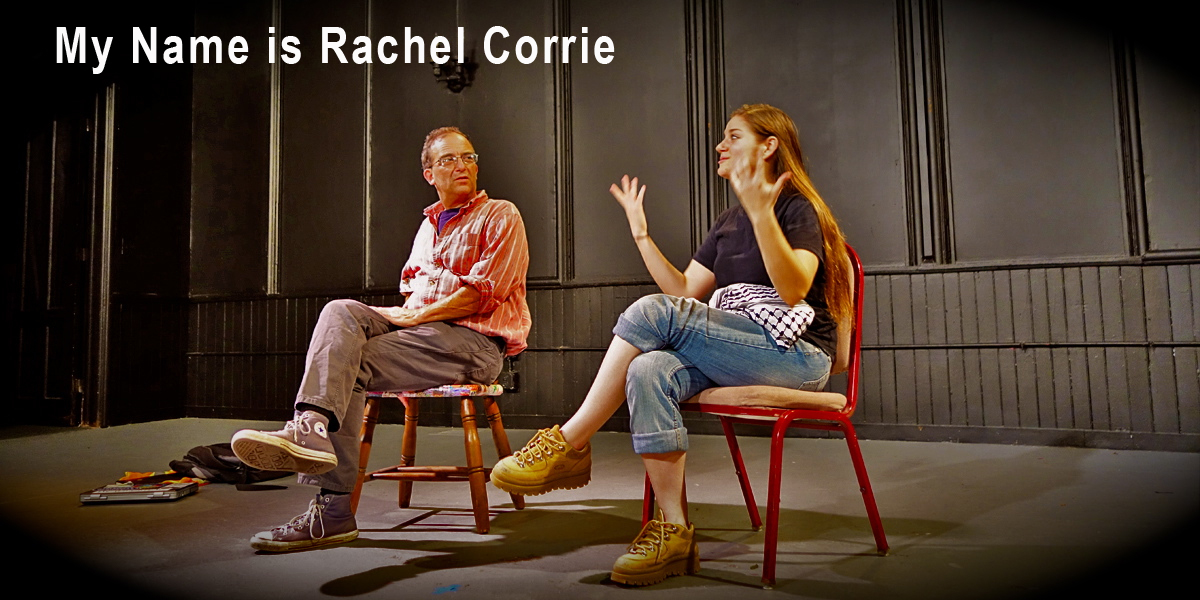 This is a live, one-woman theater performance – part of the Rochester Fringe Festival. The play is based on Rachel Corrie’s diaries, edited by Alan Rickman and Katharine Viner. The Witness Palestine Film Series helped bring this event to Rochester.

Rachel Corrie was an American peace activist who traveled to Gaza in 2003 at the height of the Second Intifada with the International Solidarity Movement. She was one of a handful of committed internationals who made it their mission to stop housing demolitions and the destruction of water resources in Gaza and to educate their friends, family, and the rest of the world about the atrocities committed against Palestinians on a daily basis.

Rachel was killed on March 16, 2003 while defending a host family’s home from being demolished by an Israeli bulldozer.

Following her death, some of her writings were published in The Guardian, a UK newspaper. Journalist Katherine Viner and actor Alan Rickman realized that her profoundly insightful and honest writings needed to be revived in the form of a play.

In the play, we witness the maturation of a girl who is on a search to find her voice. When she does, we watch her use it to speak for the people who have been silenced by occupation. Lost love, overbearing mothers, and retreats into fantasy offer Rachel a humanity that many people don’t expect in a play that offers a peek into the world of the Palestinians.

Ashley Malloy is a 2014 graduate of Central Connecticut State University (CCSU) where she received her BFA in acting. She performed in several college productions including those which she self-produced and used to promote critical thinking and dialogue about difficult issues such as the crisis in Palestine.

Ashley first performed My Name is Rachel Corrie at CCSU and since in several states, at the National End the Occupation Conference, and in Rachel’s hometown of Olympia WA on the anniversary of her death in Gaza.

Craig Corrie, Rachel’s father, explained that Ashley was one of the most passionate performers he had ever witnessed, even after seeing dozens of versions of the play.

A significant portion of funds raised will go to support The Freedom Theatre, a professional theater located in the Jenin Refugee Camp in the West Bank.