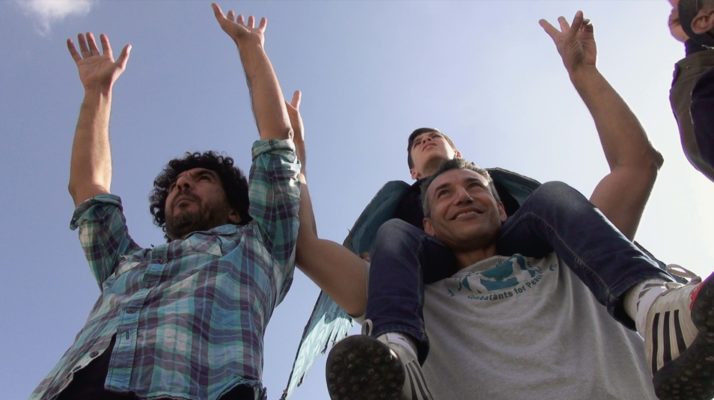 Free and open to the public

Panelist: Director/Producer Stephen Apkon will join us in Basil Hall

In a world torn by conflict – in a place where the idea of peace has been abandoned – an energy of determined optimism emerges. When someone is willing to disturb the status quo and stand for the dream of a free and secure world, who will stand with them? Disturbing the Peace is a story of the human potential unleashed when we stop participating in a story that no longer serves us and, with the power of our convictions, take action to create new possibilities.

Disturbing the Peace follows former enemy combatants – Israeli soldiers from elite units and Palestinian fighters, many of whom served years in prison – who have joined together to challenge the status quo and say “enough.” The film reveals their transformational journeys from soldiers committed to armed battle to nonviolent peace activists, leading to the creation of Combatants for Peace. While based in the Middle East, Disturbing the Peace evokes universal themes relevant to us all and inspires us to become active participants in the creation of our world.

Director and Producer Stephen Apkon will join us as panelist. Stephen Apkon (Director and Producer) is a filmmaker and social entrepreneur. He is the Founder and former Executive Director of the Jacob Burns Film Center, a non-profit film and education center located in Pleasantville, NY. Opened in 2001, the JBFC has become one of the premier film institutions in the United States, with a Board of Directors that includes Steven Spielberg, Ron Howard and Jonathan Demme among others. Disturbing the Peace is his directorial debut. He is a Co-Producer of Presenting Princess Shaw, directed by Ido Haar (distributed by Magnolia Pictures and Participant Media), Producer of I’m Carolyn Parker, directed by Jonathan Demme and Enlistment Days, also directed by Haar, and Executive Producer of Planetary. Mr. Apkon is the author of The Age of the Image: Redefining Literacy in a World of Screens, published by Farrar, Straus & Giroux in April 2013 – foreword by Martin Scorsese.