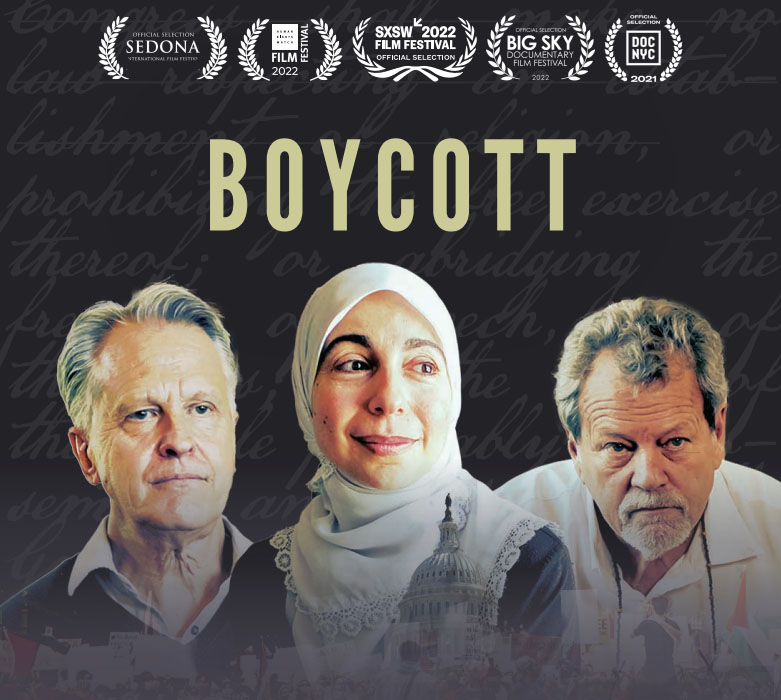 Admission: $9 adults, $6 students at The Little Theatre on October 30. Admission is free at St. John Fisher on November 2.

Over the past six years, unbeknownst to most Americans, 33 states passed laws intending to silence boycott and other nonviolent measures aimed at pressuring Israel on its human rights record. These dangerous bills remove the legal protection that has been awarded to boycotts for generations, granting governments the power to condition jobs on political viewpoints.

As this wave of anti-boycott legislation has swept through the country, so has a counter-wave in defense of freedom of speech. Everyday Americans are challenging these laws for their constitutionality in a nation-wide battle likely to go all the way to the Supreme Court.

Boycott focuses on three successful court cases challenging government actions to oppose boycott of Israel by requiring state vendors to contractually pledge not to boycott Israel during the duration of the contract.

With full access to the plaintiffs and in revelatory moments with elected officials, Boycott chronicles one of the most consequential First Amendment battles of the past few decades and investigates the question – how did we get here?

Suhad Babaa is a producer, news publisher, and the Executive Director & President of Just Vision. Suhad produced Boycott (2021) and executive produced Naila and the Uprising (2017). She is also the co-publisher of the award-winning Hebrew-language news site, Local Call. Additionally, Suhad helped lead the impact campaigns for Just Vision’s critically acclaimed film, Budrus (2009), which was recognized with the Doc Society Social Impact Award in 2012, as well as the Peabody award-winning documentary, My Neighbourhood (2012), which has since helped support a global campaign to save Sheikh Jarrah, the community that sits at the heart of the film. Her work has been featured by institutions including TED, Tate Britain and the Nobel Women’s Initiative and highlighted in outlets including The New York Times, CNN, Yedioth Ahronoth, PBS, BBC, Channel 2 News (Israel), Ma’an News, Al Quds, The Forward and beyond. Suhad is a Sundance Creative Producing Fellow, Global Shaper with the World Economic Forum, and Term Member at the Council on Foreign Relations

Zoha Khalili is a staff attorney at Palestine Legal. She provides legal advice and advocacy support to activists in the movement for Palestinian freedom on issues ranging from free speech violations, discrimination and disciplinary charges to doxxing, surveillance and threats.

Zoha’s legal career has been devoted to defending the rights of marginalized communities. Before joining Palestine Legal, Zoha fought against housing discrimination and advocated on behalf of people with disabilities as a staff attorney at Project Sentinel. Prior to this, she represented immigrants in naturalization and deportation proceedings as an immigrant rights fellow at Advancing Justice-Asian Law Caucus.

Zoha is a graduate of Columbia Law School, where she was a Harlan Fiske Stone Scholar and a managing editor of the Columbia Law Review. Zoha holds a B.S. in Chemistry from the University of California, Berkeley.